A Gift From The Collapseniks, By Craig Comstock

Could we learn to regard collapse not as a firm prediction but as a scenario worth exploring? After all, the Pentagon has contingency plans for events that are arguably less likely and less devastating.

Edge-Dwelling: A Social Ecology For Our Times, Part 4: Low Tide, By Dianne Monroe

What we see and what we cannot yet see, what we know and cannot yet know, become the edge places from which we create new ways for humanity to live as part of our Earth community, weaving from the frayed edges of what we leave behind a bridge to the potential and possibilities of what we can become. These qualities and abilities enable us to do a dance of co-creation, visioning and building the future out of and together with what exists today.

Edge-Dwelling: A Social Ecology For Our Times; Part 3: Middle School, Misfits, And The Milky Way, By Dianne Monroe

I believe this ability to see both within and beyond the boundary of something (galaxy, community, culture, civilization) is an important quality of Edge-dwelling – one that can be discovered, learned, cultivated. It’s a practice we can grow within ourselves.  This ability to see both within and beyond is a crucial quality for our times – living within and at the edge of a crumbling civilization, entering an epoch of human-created climate change whose impact on our Earth is not yet known.  This is a huge edge to be living on.

Edge-Dwelling: A Social Ecology For Our Time, By Dianne Monroe

In her book titles Carolyn Baker features such scary words as “demise,” “chaos” and “collapsing,” but her goal is mainly soul building. The stressful outer reality is a provocation. In Baker’s daily digest of challenging news (“Speaking Truth to Power”), she welcomes a whole range of “collapse-aware” writers, including those who predict “near-term extinction.” However, her main vision is that, in the course of growing up, humans will construct, sooner or later, a better society, and in any case will live intensely in the present. She is like the stern teacher with a heart of gold.

By popular request, Parts 1-5 of the recent “What Collapse Feels Like Series” have been condensed and reprinted here.

Carolyn Baker’s new book Collapsing Consciously: Transformative Truths for Turbulent Times is a breath of sanity in a world gone mad. Her contemplations are like a much needed multi-vitamin for the psyche that the deeper field of consciousness has secreted so as to compensate our madness. The fact that a book like Collapsing Consciously has arrived in our midst at this time of multiple world crises is evidence that our species is beginning to awaken from our self-created nightmare.

Before It's News Interview Regarding "Collapsing Consciously"

Before It’s News Interviews me regarding Collapsing Consciously: Transformative Truths For Turbulent Times 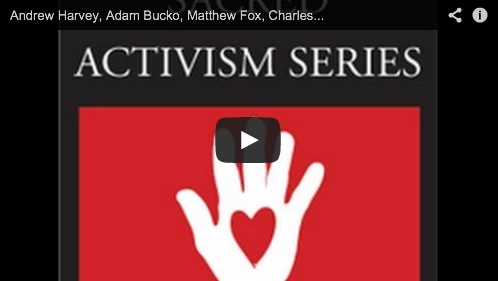