Russiagate Or Deep State? What Some Progressives Get Wrong On Russia, By John Feffer

When it comes to the Russiagate scandal, progressives usually take one of two positions. They either dismiss the scandal as a lot of hooey, a “nothingburger,” just a way for warmongers and the “Deep State” to revive a cold war between Washington and Moscow. Or they treat the scandal as just a means to an end, a way to cast doubt on the 2016 presidential election, implicate the administration in a variety of crimes, and ultimately impeach the president. Both of these positions are wrong.

Global Warming: A Threat To Humanity (And All Living Beings), By Carolyn Baker

Living with life, as well as death in mind, means that we revel in beauty and joy. We create beauty, and we drink it in, in the form of art, music, poetry, and story. In addition, our hospice condition compels us to fall back in love with the Earth, or perhaps fall in love with it for the very first time. I use the term “Earth eroticism”to capture the delirious enchantment we must experience as we reconnect with this planet in the very moments when it and we are dying.

Although our many births and deaths, beginnings and endings are enfolded in the bewildering and beautifully complex fabric of reality (and we but rarely have the capacity to see clearly), one thing to me is obvious: however separate we might seem to be, we live here, now, on this Earth together. And yet, at this time of supposed spiritual awakening, anticipated by many, we are taking ourselves to the very edge of life on Earth, and many are struck in fear and awe with the view.

Guy McPherson And I Discuss Our Book "Extinction Dialogs"

Embarking On The Journey Of Consciousness: Staying On The Train, By Carolyn Baker

Perhaps you’ve noticed that staying on the train is a full-time job and that in doing so, there is little chance of maintaining business as usual. Sometimes the speed of the train feels painfully slow, as if one is riding on the little engine that could. At other times, one feels hurled through time and space on a bullet train. In either situation, whether consciously or unconsciously, all passengers on this train have signed up for a spiritual, as well as historical, intellectual, and physical journey, and it is no longer possible to live ordinary lives in extraordinary times.

Why Activism Needs The Sacred, By Carolyn Baker

Cherishing the sacred in our activism and in our visions of revolutionized communities and cultures increases the likelihood that we will resist from our hearts and not simply from our heads. As a result, the new paradigms out of which our visions are realized will engender authentic transformations with more enduring resilience as opposed to reinventions of formerly oppressive systems. As we integrate the sacred with activism, we ally with all aspects of our being beyond merely the mental and physical, thereby opening to an expanse of possibilities that we had previously excluded. In sacred activism, the mystic, the artist, and the activist become one integral person who realizes that both great works of art and social change derive from a source within, yet also beyond the bounds, of their own skin, to embrace the body of the world.

In Part One of this essay, we looked at defining the terms “paradigm shift” and “tipping point” as they apply to the multiple-systems failure scenario we find ourselves in today. As we and others have pointed out for years, these failures are pandemic. They are everywhere: Education, economy, government, social systems, peak everything, and on and on the list goes. to the point where it’s difficult to find systems that are thriving. But nowhere are the failure of systems more critical, more in your face, and more threatening than Climate Change and Fukushima. Either one of these has the potential to sound the death knell of the entire human race. But before we move to the possibility of positive paradigm shifts and the tipping points needed to that might mitigate each, let’s touch on both. 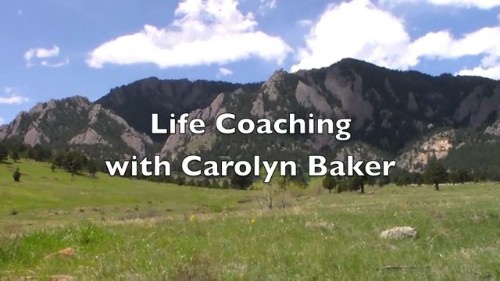 There's Something Seriously Wrong With Men In America, By Gary Stamper

Make no mistake: the solution is complex and must dealt with from a wide range of issues including gun control, mental health, socio-economic and cultural issues, government, movies and video violence, and other contributing factors. There can be no doubt that this is a problem with men.